Motorcycling in Vietnam has been the best way to see the country the local way. Vietnam is a bike nation and over 90% of the population rides motorbikes. However, bikes in Vietnam are mostly small displacements, under 150cc and Hanoi Motorbike Rental is providing something better than more than 90% of the bikers ride in Vietnam. On this page, we uploaded some of our motorbike tours photos in Vietnam.

We used and tested different brands at first but only Honda stands out to offer the best of comfort and reliability so since 2007 only Honda motorbikes have been provided. In this gallery you can see our old and new motorbikes. All touring motorbikes are either new 125cc road or off-road Honda XR125s and CGL125s or older yet still reliable legendary XR250s. Scooters for rent in Hanoi are only late models with no more than 30,000km. In fact scooters are near new conditions because they were made in Vietnam, had low taxes than imported touring motorbikes.

Below you will find some Hanoi Motorbike Rental’s motorbike tours photos taken recently by our guides. They didn’t use professional cameras but just smart phones so we are sure you can have better photos than what you see on this page. Due to the design of this site that works on all devices, we are not uploading the high resolution or original images which slow down the connection. In addition, we didn’t photoshop any photo, just re-sized and uploaded them as they were. We love telling the truth! The best photos have not shown yet.

For more photos, updates and customers’ feedback or reviews, please log on our company’s Facebook page for motorcycle rentals and/or guided motorbike tours. These social pages should provide you with the most interactive way to our customers and friends who really ride motorbikes. Information from bike riders is always useful, straightforward and honest. 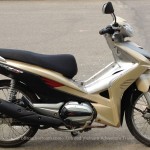 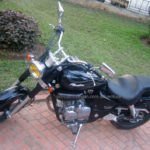 Get ready for a riding day